SPRINGFIELD – State Senator Jil Tracy and Representatives Norine Hammond and Randy Frese met with students representing Adams Electric Cooperative and Adams Telephone Co-Operative during the Illinois Electric and Telephone Cooperatives Youth Day in Springfield on Wednesday, April 18. More than 210 students from around Illinois had an opportunity to visit the State Capitol, view state government in action and question their legislators on key issues. They also were invited into the office of Secretary of State Jesse White.

During lunch, Lt. Governor Evelyn Sanguinetti addressed students and chaperones. Sanguinetti discussed her humble beginnings and being encouraged to not allow her background to limit her future. With her passion for volunteerism in local communities, she challenged students, “you never know where life may take you. Volunteer, make a difference. If not you, then who?” Illinois State Fair Manager Luke Sailer, a former Illinois Youth Leadership Council representative, challenged the students to take an interest in the political process and stressed how important their voices and actions are. He encouraged them to “take a leap of faith and work hard, and doors will open for you and your future.”

Faye Yang, the 2017-18 Illinois Youth Leadership Council Representative from Wayne-White Counties Electric Cooperative, spoke about her experiences on the Youth to Washington tour and challenged attendees to maintain an interest in their cooperatives and the political process. After lunch, the students also visited the Old State Capitol and Abraham Lincoln Presidential Museum.

At the end of the day, the students were interviewed for the chance to participate in the Youth to Washington Tour, June 8-15, 2018. 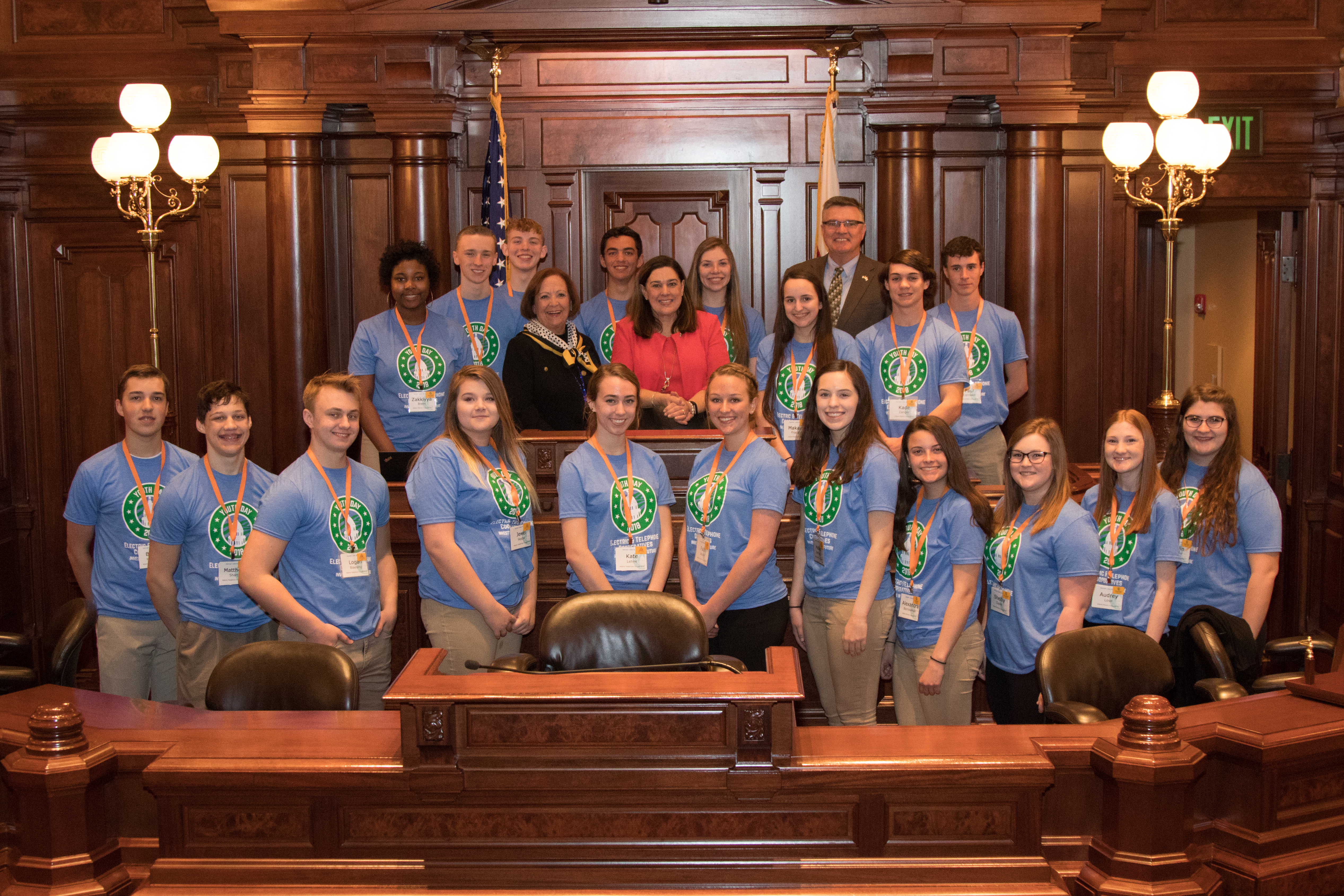 Youth Day is designed to introduce young rural leaders to state government. There were 24 co-ops from across the state represented at the event.

Adams Electric Cooperative is a member of Touchstone Energy — an alliance of 750 local, consumer-owned electric utilities around the country. Adams Electric Cooperative is committed to providing superior service based on four core principles: integrity, accountability, innovation and commitment to community. The co-op serves more than 8,784 meters over 2,242 miles of line in parts of Adams, Brown, Hancock, McDonough, Pike and Schuyler counties. For more information visit www.adamselectric.coop.