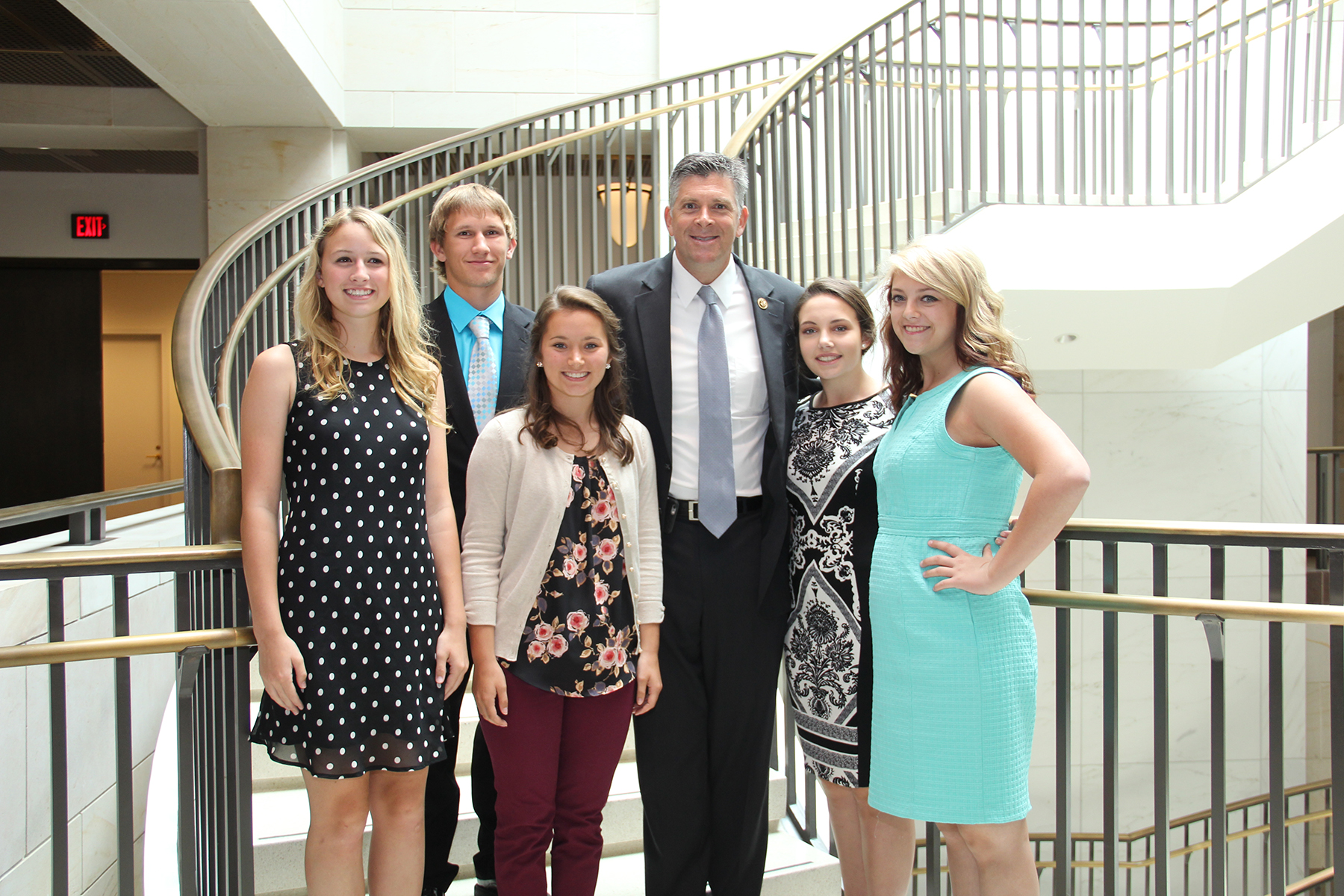 Sam Brinkman of Payson, Madison Galloway of Mt. Sterling, Sophia Marcolla of Quincy, Emma Hildebrand of Mendon and Amber Shupe of Ursa represented Adams Electric Cooperative and Adams Telephone Co-Operative in Washington, D.C., during the annual “Youth to Washington” Tour, June 10-17. This event, sponsored by the electric and telephone cooperatives of Illinois since the late 1950s, is an introduction to our democratic form of government and cooperatives for rural youth.

The students met with Congressman Darin LaHood and were among 64 rural Illinois youth leaders selected for the trip. The Illinois students joined 1,691 young leaders from across the country. In addition to the Capitol, they also visited Arlington National Cemetery, the Washington National Cathedral, several Smithsonian Museums, the U.S. Holocaust Memorial Museum, the World War II Memorial, memorials to Presidents Lincoln, Jefferson, Washington and Roosevelt, the National Archives, the Royal Embassy of Saudi Arabia, the Newseum and a number of other historical sites.

During the trip, Sophia Marcolla was chosen by her peers to represent Illinois on the Youth Leadership Council of the National Rural Electric Cooperative Association.  The YLC is a year-long appointment and Sophia will represent Adams Electric and the state’s cooperatives at national and state meetings and events in the year ahead.

Sophomores and juniors in high schools that are within the service area of Adams Electric Cooperative and Adams Telephone Co-operative are eligible to participate in the annual program. To learn more about the “Youth to Washington” Tour go to www.youthtour.coop or www.facebook.com/ILYouthtoWashington.

Adams Electric Cooperative is a member of Touchstone Energy — an alliance of 750 local, consumer-owned electric utilities around the country. Adams Electric Cooperative is committed to providing superior service based on four core principles: integrity, accountability, innovation and commitment to community. The co-op serves more than 8,626 meters over 2,230 miles of line in parts of Adams, Brown, Hancock, McDonough, Pike and Schuyler counties. For more information visit www.adamselectric.coop.